Some other works by 20th century Wisconsin artists 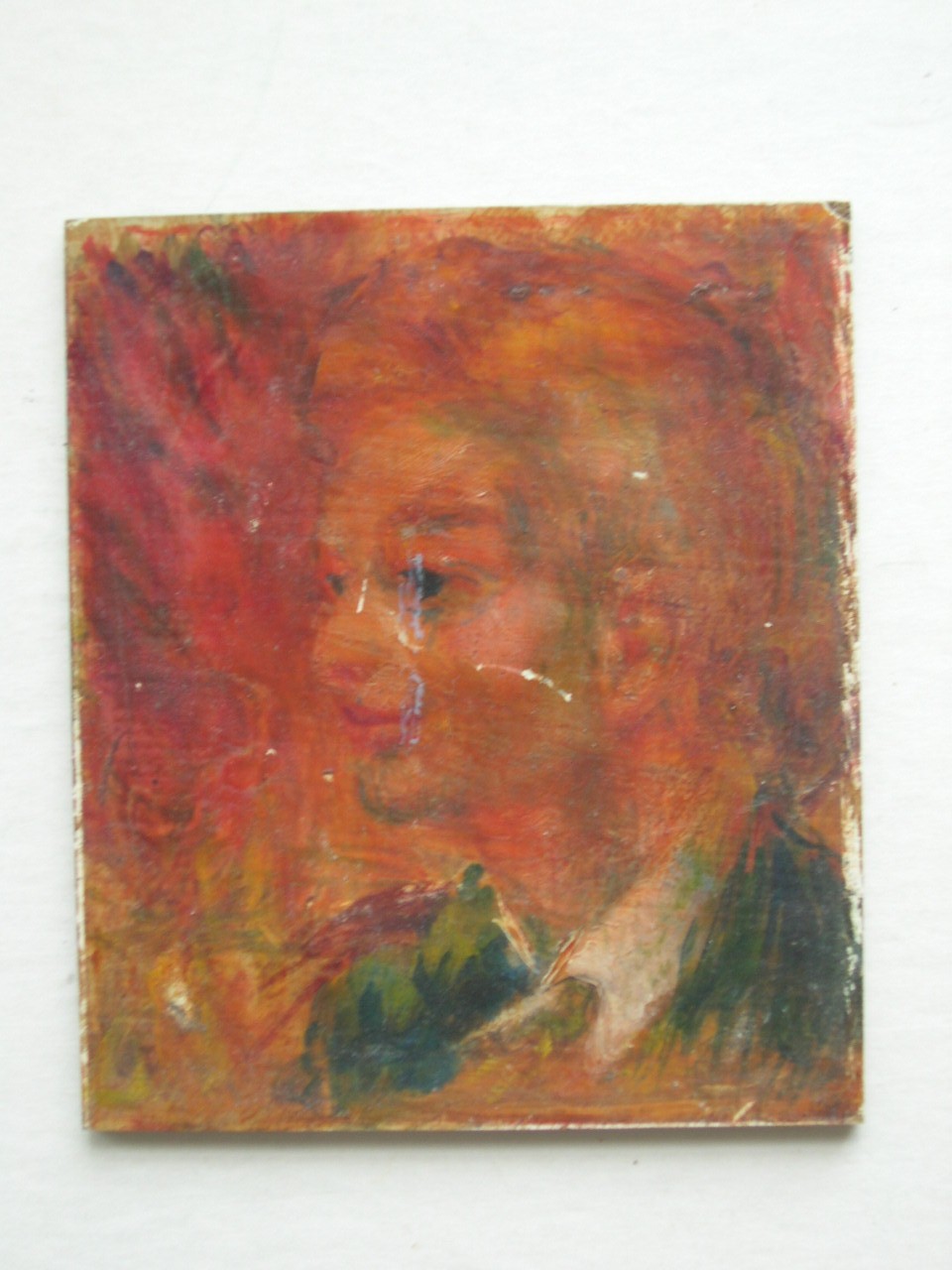 This is a work by Wisconsin artist Forrest Flower. Forest taught at the Layton school of art where he met Mary Theisen. Forest's wife Bernice became Mary's lifelong friend. Forest died tragically at a vey young age (36?). This is a portrait of a young boy done in oil on board. 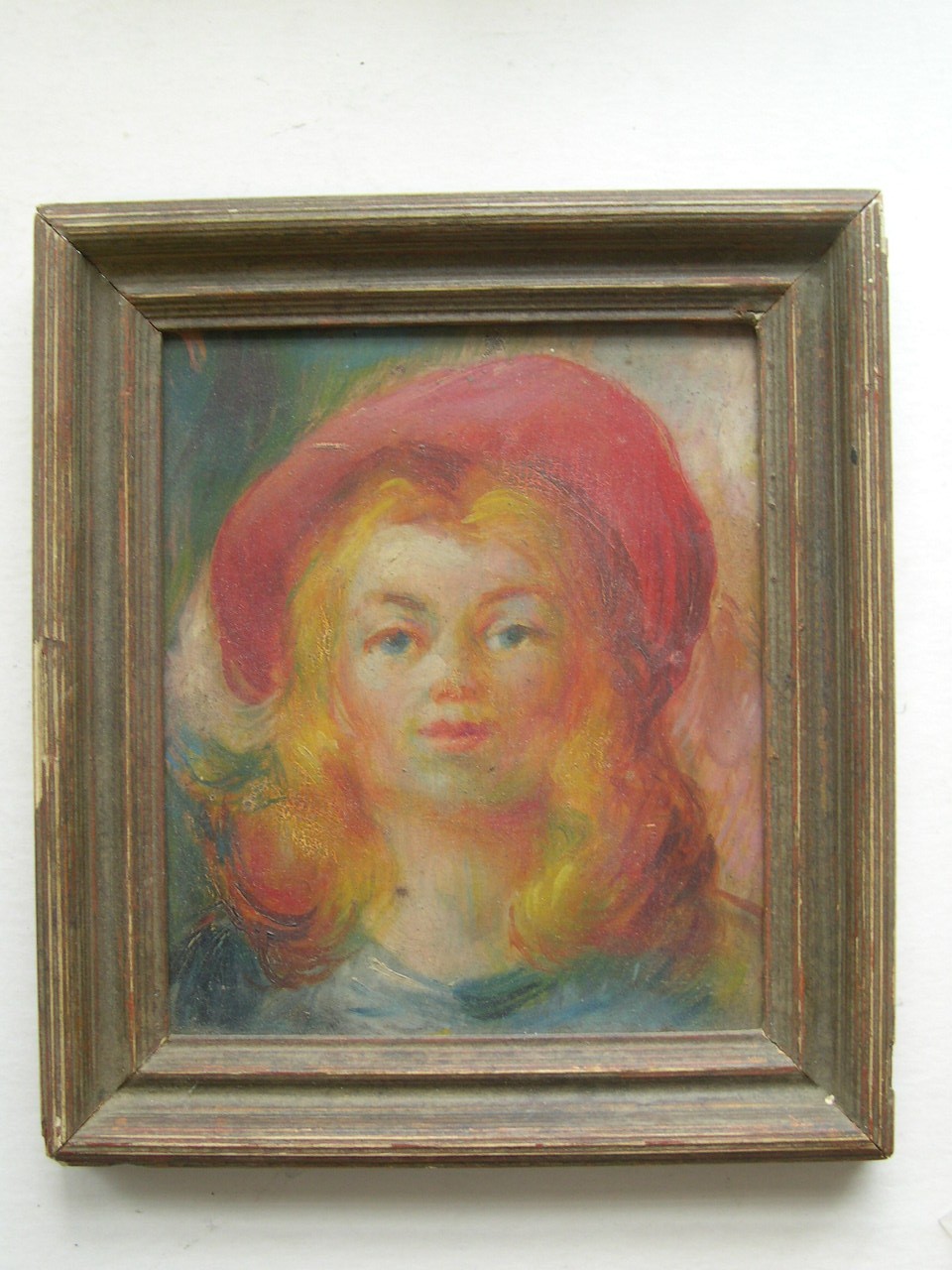 This oil painting by Forrest Flower was purchased by Mary Theisen in 1944. It depicts a young woman in a red hat and is painted on board. 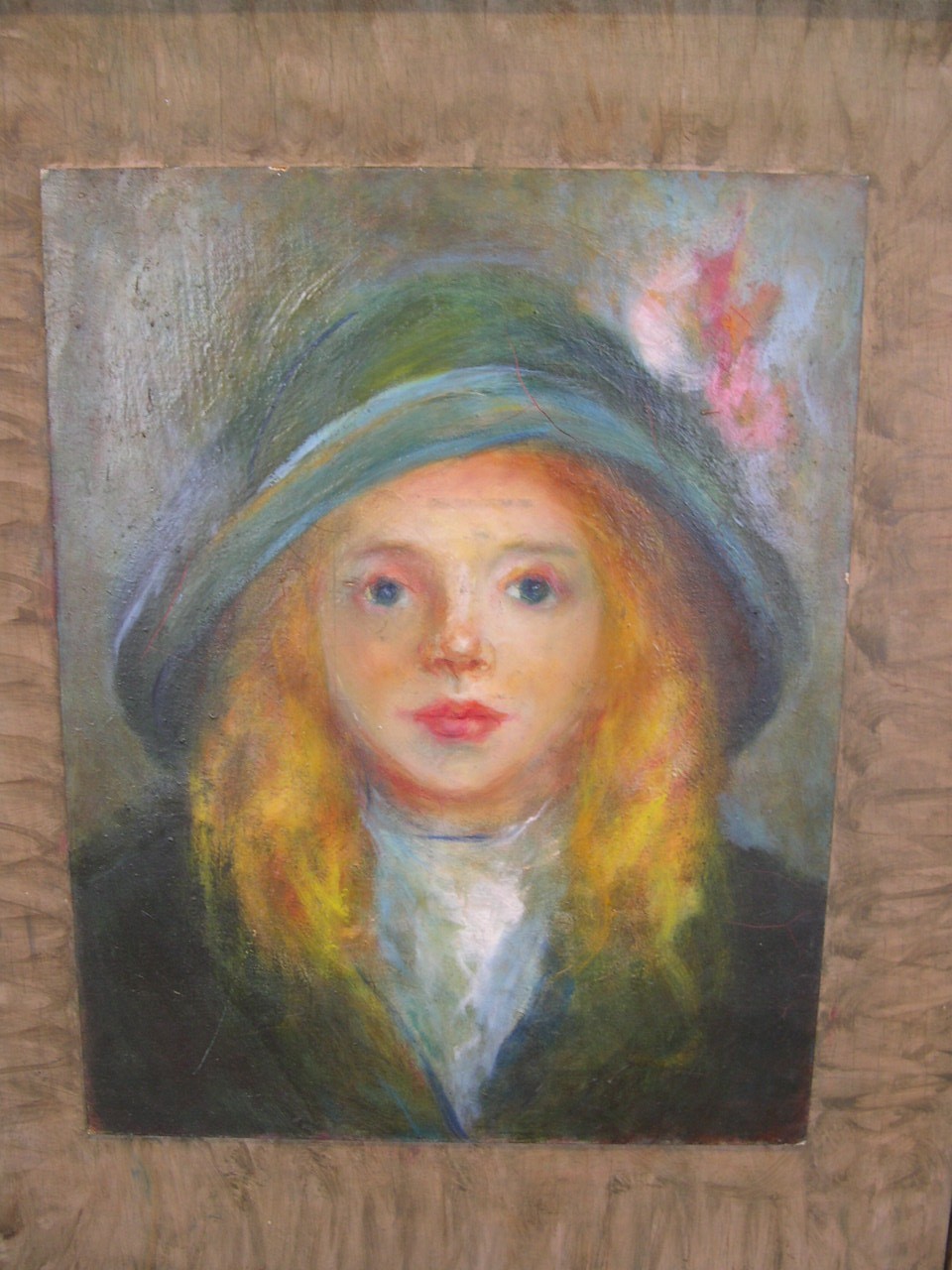 This work is most likely by Forresat Flower. The rear has a tag which reads "Loaned by Mrs. Forest Flower". It is of a young woman in a green hat. Both Forest and Mary Theisen produced a series of "young women in hats", and sometimes it is hard to tell them apart. This work is also oil on board. 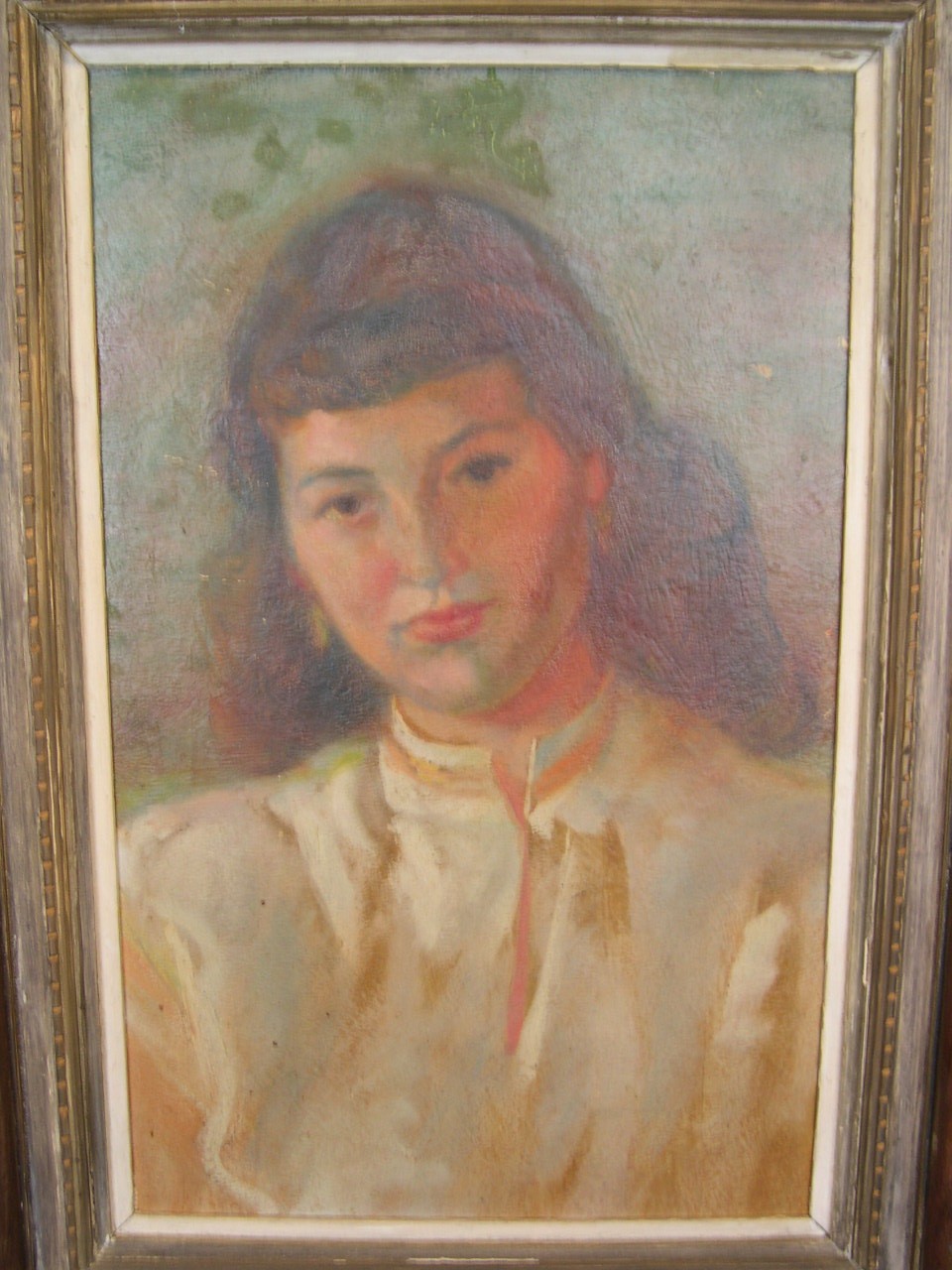 This portrait of Mary Theisen was Forrest Flowers last portrait and was unfinished at the time of Forrest's death. It was painted in the mid 1940s. Oil on board. 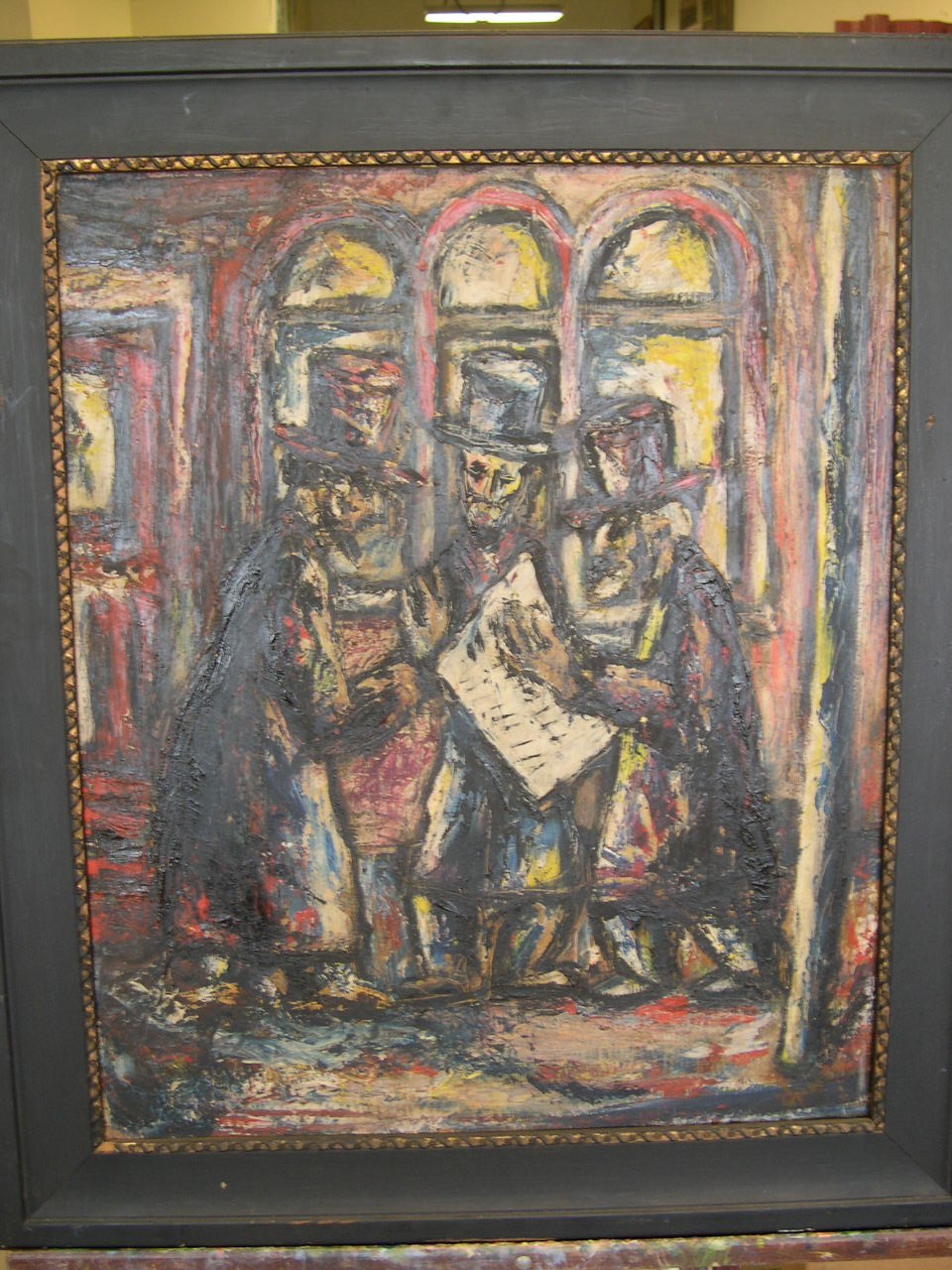 This work is by Martin Janto (1918-1993). Born in Cudahy Wisconsin, Martin studied at Layton alongside Mary Theisen prior to study at the Chicago Art Institute and the Sorbonne in Paris. This is an oil on board. Multiple layers are used to create the piece.