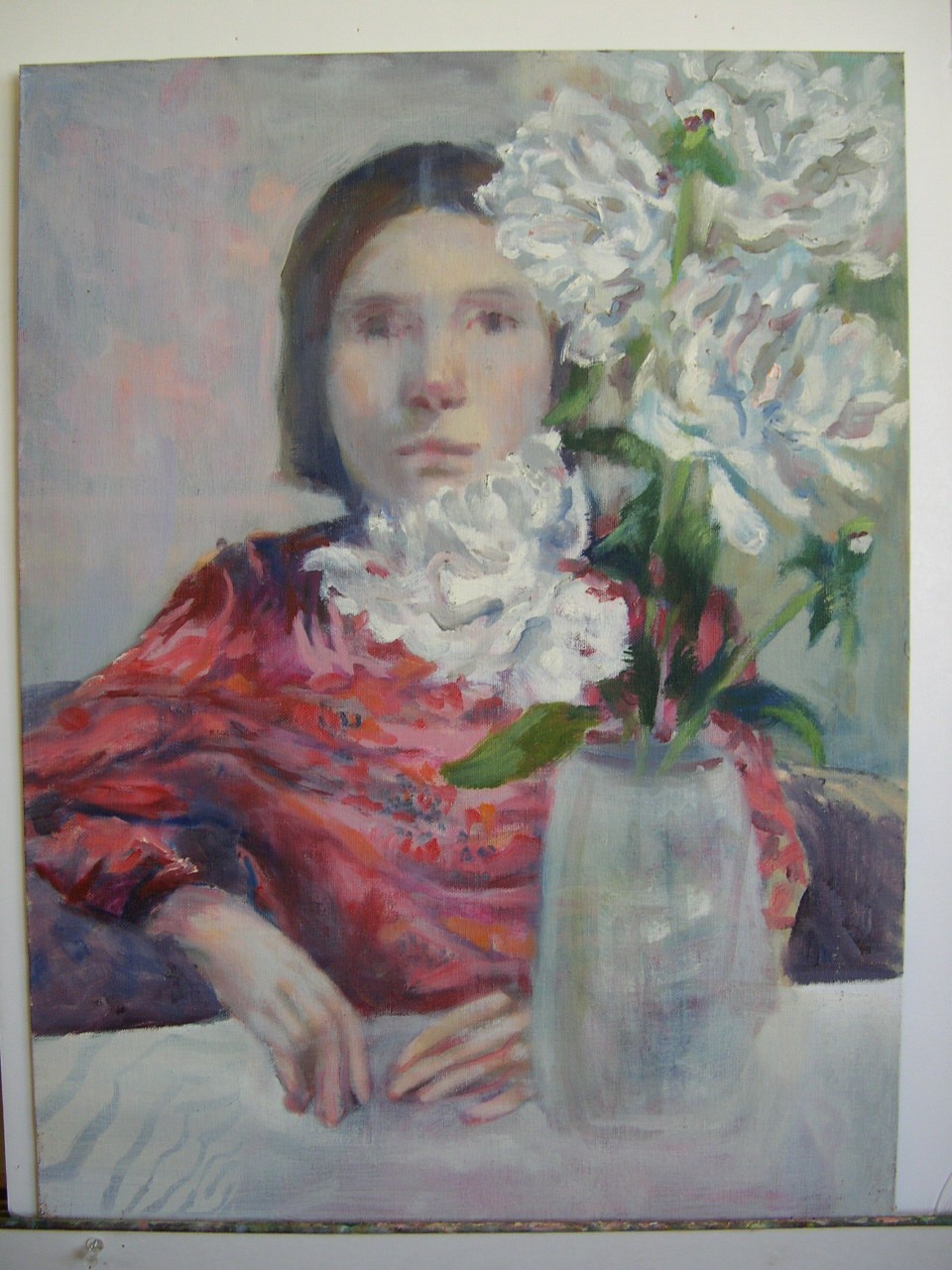 This is an unfinished self portrait from the 1970's. Here Mary is almost hidden by a vase and flowers. In the 1970's Mary worked as a secretary to the director of the union at the University of Wisconsin-Milwaukee. As the union expanded an art gallery was added to showcase student and alumni works. Mary was chosen as the founding director. She worked hard for several years to make the gallery a success. No more sitting behind a desk doing other peoples work, Mary was instead at her creative best in the role of gallery director. It was her dream job. She added shows by woman and African American artists to the venue, and always strove to make the gallery unique. She opened a sales gallery for students to consign their works. Alas, the fumbling of bureaucracy at the union brought it all to an end, as some committee or another decided that the student union art gallery should be run by students. Mary was shipped off to a job loading computer tapes in a basement. Talk about wasting talent.... I don't think she recovered from it.

Back to Self Portraits